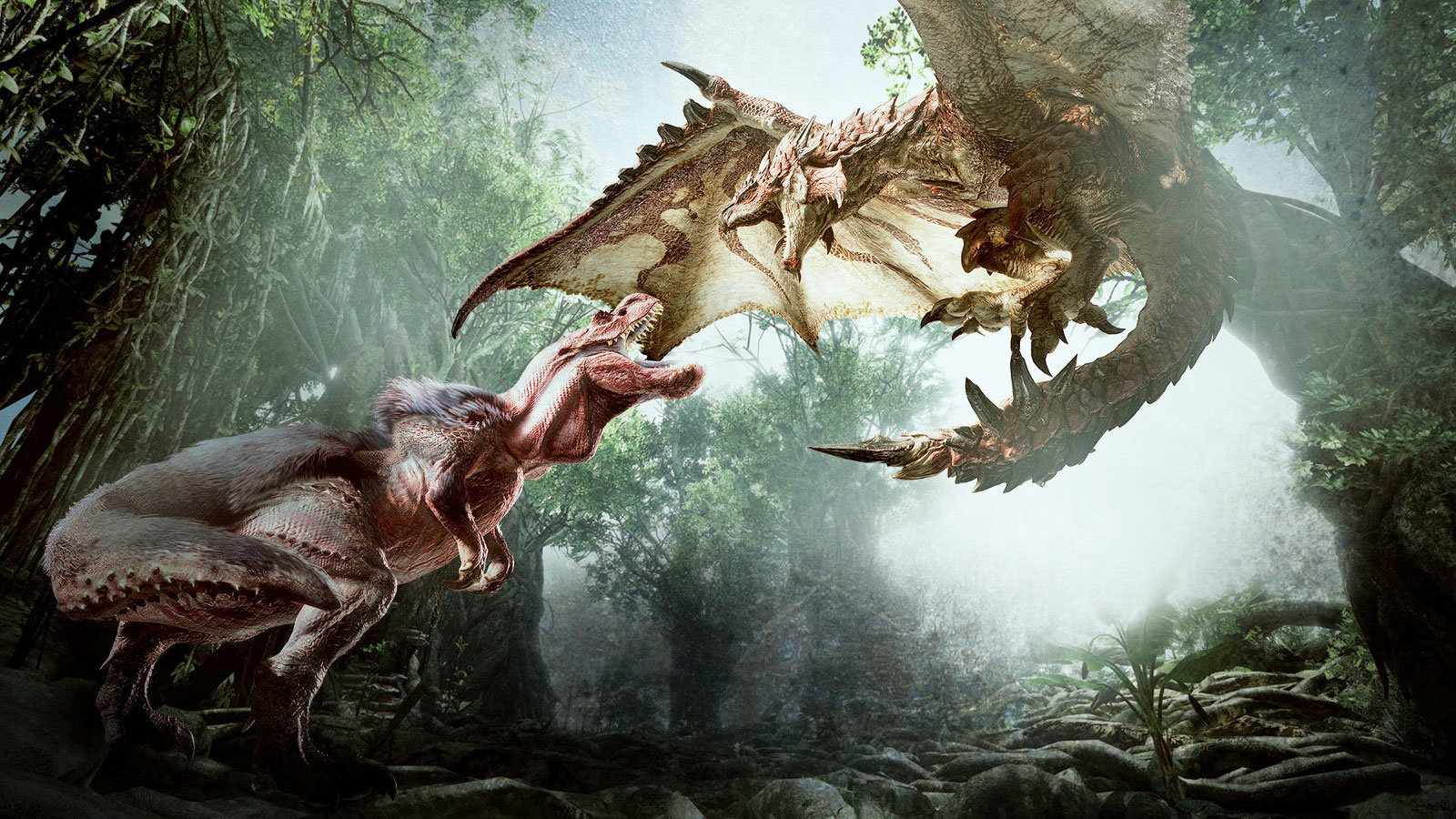 Monster Hunter: World is an action role-playing game developed and published by Capcom. A part of the Monster Hunter series, it was released worldwide for PlayStation 4 and Xbox One in January 2018, with a Microsoft Windows version in August 2018. In the game, the player takes the role of a Hunter, tasked to hunt down and either kill or trap monsters that roam in one of several environmental spaces. If successful, the player is rewarded through loot consisting of parts from the monster and other elements that are used to craft weapons and armor, amongst other equipment. The game's core loop has the player crafting appropriate gear to be able to hunt down more difficult monsters, which in turn provide parts that lead to more powerful gear. Players may hunt alone, or can hunt in cooperative groups of up to four players via the game's online services. In an unnamed high fantasy setting, humans and other sentient races have set their eyes on the New World, a separate continent from the populated Old World. The New World is an untamed wilderness where many powerful monsters roam, and where researchers have been drawn to uncover new mysteries. Several ocean-bound Fleets have been sent already to establish working bases, safe from monsters, and operations are led by the Research Commission.

Farm for your Life