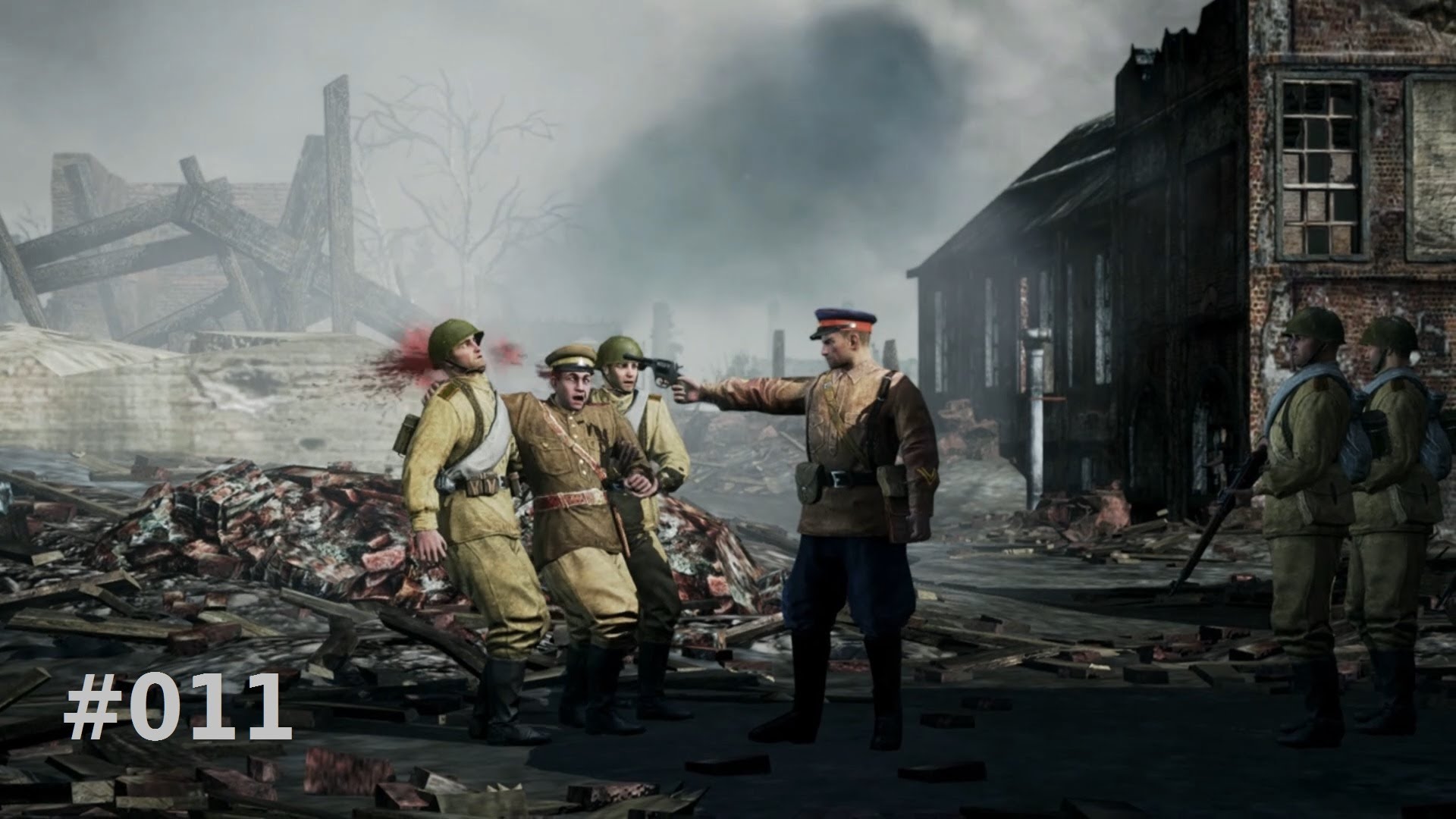 FALLOUT 4: GAME OF THE YEAR EDITION

Represented by the United States Army, this faction boasts cheap, versatile units. Veterancy is earned through the act of combat; units gain veterancy as they kill more enemy units and buildings. American infantry units are slightly more numerous than their Wehrmacht counterparts, but are generally less effective in a straight fight, and rely on upgrades and abilities to gain the edge in a fight. American vehicles and tanks, while lacking in raw power, are generally faster and capable of various support tasks. The Sherman tank, for example, can clear mines using an obtainable mine flail. Company types:

Represented by the German Wehrmacht (Heer), this faction employs a wider range of units than the Americans. Wehrmacht units are generally more expensive and powerful, but also more rigid and ill-equipped beyond their intended roles. For the Wehrmacht, veterancy is not earned, but "bought" at their Kampfkraft Centre. Wehrmacht infantry range from simple Volksgrenadier squads to elite Knight's Cross Holders. Their armor, likewise, also gives players the choice between Flak Panzers, the Panzer IV or the powerful Panther Tank. Their force is rounded out by a few more specialized tanks and powerful support units such as officers and Nebelwerfer rocket batteries. Doctrines:

For Company of Heroes, Relic began using a new online matchmaking system called Relic Online. Previous Relic games had used GameSpy Arcade or World Opponent Networkservices. This new system includes many features that the previous systems did not have, including a built in automatch and ranking system. Relic Online matchmaking has been recently shutdown. In order to play multiplayer users must transfer the game to Steam. This game allows multiplayer matches of 1-8 players via LAN or the Internet. The new steam version does not allow for LAN matches. Company of Heroes allows players to fight as both the Allied and Axis forces in multiplayer matches.

These games focus on controlling several victory points around the middle of the map. These victory points can be captured similarly to strategic points. When one side has more victory points under their control than another, the other side's "points" start to decrease. When one side's counter runs out of points, they lose. Alternatively, the player can simply destroy all enemy structures to win the game. Before the start of the game, the host can choose between 250, 500, or 1000 points. The point function in Company of Heroes works much like the ticket feature in the Battlefield series.

Annihilation games lack the victory points of the VPC game mode. To win, the player needs to destroy all enemy buildings excluding observation posts on points.